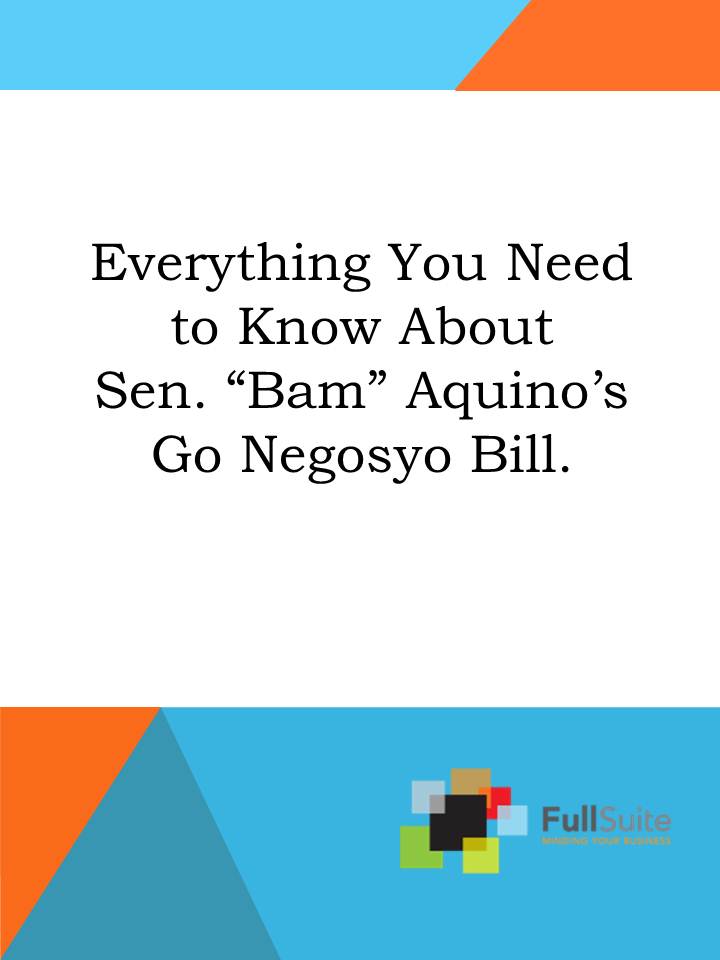 Last week, the bicameral conference committee gave the go ahead signal for the Go Negosyo Act of 2013 and is now awaiting President “Noynoy” Aquino’s approval. Authored by Sen. “Bam” Aquino, the bill aims to promote the establishment of MSME’s in the country, therefore providing employment to the unemployed thus reducing poverty.

Application of MSME’s to this program must submit completed requirements and meet the criteria as based on Section 5 of RA9178 and Section 4 of RA9501.

Section 5 of RA9178 – Who are Eligible to Register – Any person, natural or juridical, or cooperative, or association, having the qualifications as defined in Section 3(a) hereof may apply for registration as BMBE.

(a) “Barangay Micro Business Enterprise,” hereinafter referred to as BMBE, refers to any business entity or enterprise engaged in the production, processing or manufacturing of products or commodities, including agro-processing, trading and services, whose total assets including those arising from loans but exclusive of the land on which the particular business entity’s office, plant and equipment are situated, shall not be more than Three Million Pesos (P3,000,000.00) The Above definition shall be subjected to review and upward adjustment by the SMED Council, as mandated under Republic Act No. 6977, as amended by Republic Act No. 8289.

For the purpose of this Act, “service” shall exclude those rendered by any one, who is duly licensed government after having passed a government licensure examination, in connection with the exercise of one’s profession.

Section 4 of RA9501 – Eligibility for Government Assistance. – To qualify for assistance, counseling, incentives and promotion under this Act, businesses falling under the above definition must be:

a) duly registered with the appropriate agencies as presently provided by law: Provided, That in the case of micro enterprises as defined herein, registration with the office of the municipal or city treasurer shall be deemed sufficient compliance with this requirement;

c) a business activity within the major sectors of the economy, namely; industry, trade, services, including the practice of one’s profession, the operation of tourism-related establishments, and agri-business, which for purposes of this Act refers to any business activity involving the manufacturing, processing, and/or production of agricultural produce; and

d) it must not be a branch, subsidiary or division of a large scale enterprise.

Further, the Go Negosyo Act of 2013 added “Section 6 – Start-Up Funds for MSME’s” as an additional benefit.

“The MSMED Council through DTI and appropriate financing institutions, shall establish a Start-up Fund for MSME’s to provide financing for the development and promotion of MSME’s in priority sectors of the economy as specified by the MSMED Plan.”

Other sections that the Go Negosyo Act of 2013 amends are sections 7A and 7B of RA 6977, as amended by RA 8289 and RA 9501, which consist of the composition of the Small and Medium Enterprise Development Council.

Section 12 of RA 9178 is also amended, which consist of the “Information Dissemination” clause.

As reported in an article at Pinoy-Business.com, the Go Negosyo Act of 2013 also substitutes a number of proposed laws at the senate:

Also, there is an interesting tidbit as reported on Sun Star’s article in regards to allowed deductions in response to the hiring of additional employees.

“Registered small and medium enterprises, which shall hire additional employees subsequent to its registration under the Act, shall be allowed a deduction of Php 40,000 from its gross income for each employee hired in a given taxable year, provided that the maximum allowable deduction from the gross income shall not exceed Php 80,000” – Senator Ralph Recto

Further benefits as stated on the same article are exemptions from the minimum wage law and exemption from the Value Added Tax (VAT) and other percentage tax.

Having these enhancements by the Go Negosyo Act would or would not these encourage existing MSME’s to have their businesses registered? And would these develop courage for more MSME’s to arise in the future?

5 Common Pitfalls Of A Rookie Entrepreneur 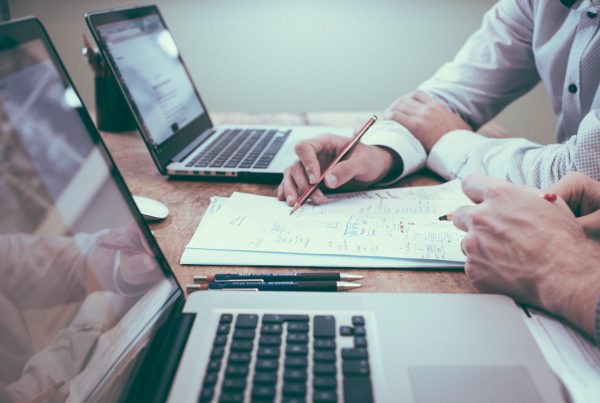 One Person Corporations: When Should You Register as One

Need help? Help Is On The Way.

Looking to set up your business? Find an accountant or help with taxes?
Perhaps some assistance protecting your brand? Look no further.