In today’s episode, Danella and Cristina shares about the favorite mistakes that usually occurs when it comes to dealing with the government and all the learnings we can get from them.

In our everyday lives, there are a lot of mistakes committed when it comes to registering your business. It ranges from simple things, from not following the correct registration process to forgetting to renew your taxes. Either way, it can always give you a headache in the long run.

As an example, there was one company who decided to renovate their space but was not able to get proper building permits for it. Because the company was not able to get this permit, they were forced to do backtracking and produced the architectural plans of the space right away. They needed to pay professionals for the whole thing, just to get their business permits. Eventually, they were able to get their business permits after 6 months.

Happy also advised that according to the Anti-Red Tape Act, you only need 5 signatures and if you are asked to complete 10 signatures, that is already against the law. Government offices should not give excuses when it comes to this and entrepreneurs should know that there should be someone who will act as a substitute for the missing person.

Under the Table Transaction

There is also another story where they obtained their Mayor’s permit illegally so when it’s time to renew their permit, they’re permit does not exist in the system. Even though they were able to keep their books just like all other businesses, they are still operating illegally because of their permit is not authentic.

That is why entrepreneurs should know the process of registering to protect them in the long run. They should transact to people with IDs on them since government employees are always required to wear their ID for identification.

When it comes to Anti-Red Tape Act, there was also this student who were about to graduate and part of their requirement was to register themselves as professional graphic designers so that they can obtain their own ORs. All her classmates got their own ORs by paying Php 5,000.00.

When she did it, she was asked to pay Php 10,000.00, double the usual amount. She was hesitant to pay, saying that all her classmates paid Php 5,000.00 only. Eventually, she asked the advice of the lawyer. The lawyer said that it is illegal for government employees to charge more than the required amount. In the end, she confronted the government employee handling her transaction and confronted that it is against the law. The employee immediately issued her an OR with the right amount.

Another interesting story, there was this client where she owns a business. However, through the years, she kind of forgot the business. After 10 years, she discovered that they were not able to pay the taxes. She ended up paying the penalties incurred for 10 years which amounted to Php 100,000.00.

By looking at that scenario, one single transaction can really affect the life of an individual. Imagine the amount of money you will be paying because you just missed to file for your taxes.

We had an interesting inquiry from a client who has been registered since January 2017 but she was not able to have an accounting or bookkeeping setup. Knowing that the April tax season is approaching, they will have to look for ways to file their taxes. Since they were not able to keep any record when it comes to their finances, it will be hard for them to comply with the law. Although technically, they are not obliged to file one this April 2017 because they started in January 2017, the fact that they haven’t kept a single record of their finances can lead to serious problems.

All of these stories points to only one thing, being responsible for your business. If you’re getting into a business don’t bury your head in the sand and ignore the issues because they will haunt you, they will blow open your face. It is the sole responsibility of the owner to do all of these things to ensure that they follow the rules of the country. In setting up a business, you should always know how to deal with the necessary processes like bookkeeping and accounting, most importantly, paying up your taxes. If you are not familiar with what to do, just ask, there is no harm in asking. 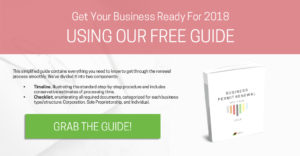 5 Common Pitfalls Of A Rookie Entrepreneur

Need help? Help Is On The Way.

Looking to set up your business? Find an accountant or help with taxes?
Perhaps some assistance protecting your brand? Look no further.